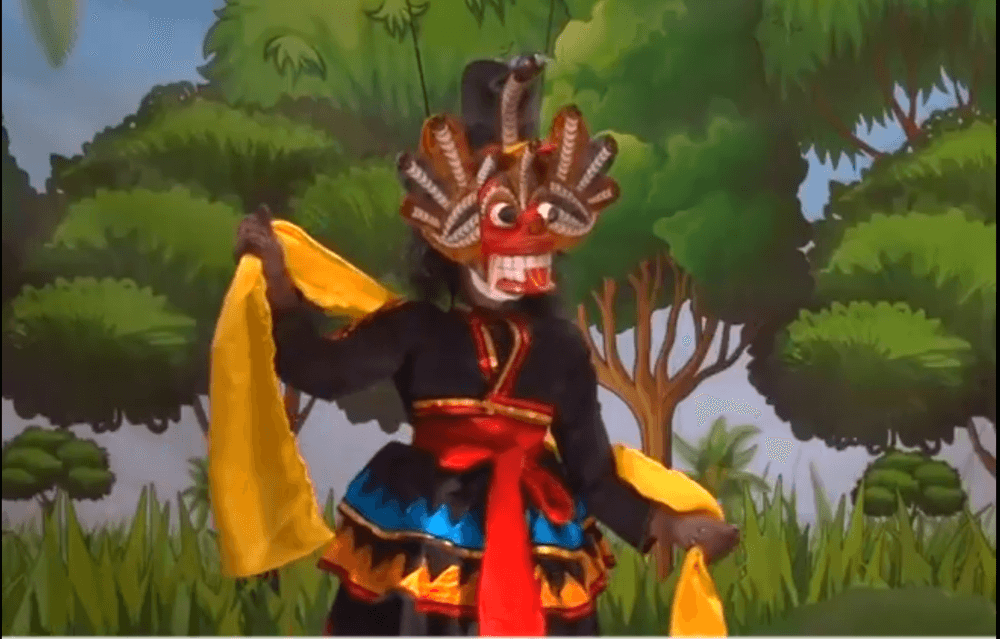 Rukada is what a puppet is called in Sri Lanka. It literally means “figure” or “doll that is made of wood”. It started with the south – eastern artists in the country, who made masks. When they started to make dolls for entertainments, they were soon joined by musicians and actors and began to perform at festivals and fairs. Puppetry has been a basic folk art in Sri Lanka, but it started to become famous in the country about 300 years ago.

Puppets are not a thing to wonder about, especially if you had a good childhood, and were exposed to the numerous children television shows that almost always had puppets in them. They were usually tinny, around the size of the hand, and carried around a tinny stage, or controlled with stings, still on a tiny stage. So what’s with puppetry in Sri Lanka ? These puppets are huge. They’re human size and do not play in little tinny stages. They use real stages (or the streets) like human actors and actresses do, with a full cast, (usually around 5) creating real live shows, for people to go and see, just like you would do for your favorite Broadway show playing in theatres.

Rukada is what puppet is called in Sri Lanka. It literally means figure or doll that is made of wood. It started with the south – eastern artists in the country, who made masks. When they started to make dolls for entertainments, they were soon joined by musicians and actors and began to perform at festivals and fairs. Puppetry has been a basic folk art in Sri Lanka, but it started to become famous in the country about 300 years ago. It is believed to have been majorly influenced by Indian Puppet art, that was mixed with the Nadagam tradition. There are also influences from other Asian countries like China and Japan, and even from European countries like Germany, Chekoslovesia and Russia. Since they were Buddhists, the themes were religious and so puppetry was known to carry moral and religious values. It started to deviate from the religious teachings to just dramatic entertainment in the 20th century.

The puppets are life size, and Ambalangoda and Balapitiya are the places that have specialized the traditional puppetry, although it’s believed that Podi Sirina Gurunnanse who lived in Kandegoda began the art. His created a family business that is still going on by his descendants. It started with the Nadagama genre and became very popular during the XIXth century. The most popular play is Ahalepola nadagama, a historical drama about the Ahalepola family, who were victims of the conflicts between local kings and British colonizers. Today, although you can still find traditional Puppetry in Sri Lanka, the art has evolved in order to also involve untraditional shows. Since it can be studied in schools, young Sri Lankans are being creative, and making Puppetry a XXIst century thing.

About puppets and the show in the Sri Lankan tradition

Puppets come in different types, depending on the nature of the show. There are thread puppets, (Nool rukada) Club puppets, (Riti rukada) Shadow puppets, (Sevaneli rukada) Hand puppets (Ath rukada) and Finger puppet. (Angili rukada) They can also be classified as two – dimensional and three – dimensional in terms of their visual angle, and are the size of a man. The traditional puppets, which is the string and rod puppets, are sculpted from local materials and are between 90-120 centimeters height. Kings and noble characters are usually larger and heavier than other characters. Kaduru or Rukattthana tree is used to create them. Timbers are also used when characters are made. Two main methods of creating characters are the “Prathima Kala’’ and ‘’Bali Kala methods.

For shows, the puppets are properly dressed, and are controlled with the assistance of key boards that are connected with thread. They are controlled by the artists or players, each with a different puppet and are supported with services like stage lighting, dialogues, music, stage decorations and set ups. A troupe can have up to 200 figures or characters.

When we talk about traditional puppetry in Sri Lanka, the Sri Anura group is the most popular, whose director Gamvari, followed in the footsteps of his father, who was also a master puppeteer, in keeping their family tradition. They can mostly be found in Ambalongoda village, which is located in the south of the country. Only few groups are still active today. A puppetry troupe usually consists of puppets, scenic elements, lights, and script writers. They are meant for the village audience, and normally in a Buddhist temple or at a school. It’s an event that can be sponsored either by an individual, a religious association, or an organization.

Puppetry is no longer popular in the highlands, where it used to be. In the northern part of the country, puppetry is called bhommalatam, meaning “dancing doll”. This name carries a South Indian influence. Their shows are usually related with the Ariccandra, which is a series of plays from the tale of King Hariscandra, (Harishchandra) a character in the Indian epic called the Mahabharata. The repertory is usually based on the Jatakas, which are tales of the previous lives (“births”) of Buddha, or on other historical stories and myths. In each play, the konangi or bahubhutaya, which are the clown dancers appear first, then there’s a comic scene with a policeman and a drunkard. To conclude the show, the head of the troupe demonstrates his skill with a “dancer”, which is usually a female puppet that is beautifully dressed, and artfully manipulated.

Contemporary Puppetry in Sri Lanka started during the 1950s, and became stronger after the country’s independence, when the Departments of Cultural Affairs and Arts Council were established. The government was able to develop programs to help traditional artists, educate and train young talents in workshops. This gave the Company Sri Anura an opportunity to be able to participate in several festivals abroad (Japan, Taiwan and India). The government also encouraged the visits of foreign puppeteers (Czech, American, Australian, and Japanese in particular) to help contribute to Sri Lankan artists’ development.

Through its Panel of Puppetry, the Arts Council of Sri Lanka has managed to promote the art of puppetry and also maintained its tradition through national festivals, company competitions, prizes for top talents, seminars and workshops held almost every year. New trends emerge every time, television channels show puppet shows for both kids and adults, which are usually political satires or Muppet – style puppets, for adults.

The first puppetry school that was created is Thidora Theatre, which has helped many teachers and disabled artists, and has also produced most contemporary puppeteers. There’s also a museum in Dehiwala, where you can find masks and puppet art works.

Despite all efforts, it is still unfortunate that there are still no stable professional puppet companies except Lamplight Puppeteers, which has existed since the early 1960s. The Cruz family, Maxie and Yvonne Cruz, and their four children have been presenting string puppets for entertainment and performing their shows at a variety of events around Sri Lanka. In 2008, they were invited to perform at the UNIMA World Puppetry Festival held in Perth, Australia.

The recent collaboration scheme that permits artists to use wayang golek of West Java has created intercultural collaborations between young Sri Lankan artists, including Sulochana Dissanayake from Power of Play Comapany and Indonesian artists from Sunda, (West Java) dalang Batara Sena Sunandar Sunarya and Arief Nugraha Rawanda. They were able to create performances with new puppet techniques borrowed from Indonesian wayang golek for Ruukada Golek, telling a modern story inspired by a Sri Lankan folk tale, mixing gamelan and Sri Lankan traditional drums The show was sponsored by the Indonesian Embassy of Colombo. In 2012, with funding from the Goethe-Institut (German Cultural Institute) of Colombo, traditional Sri Lankan marionette artist Premin Ganvari was featured in Re-capturing Premin at the Jaffna Festival.

Rukada has eventually evolved and developed into what we can find in Sri Lanka today. It is thanks to all of the influences that came from South India, Asia and Western traditions, which were only able to add, and not completely change the original Sri Lankan values and traditions of the art, which are identical to their domestic culture. This is therefore a traditional folk art that resonates with every age group, since there’s a piece of every time and era in it.

Sri Lanka is a culturally rich and diverse country. 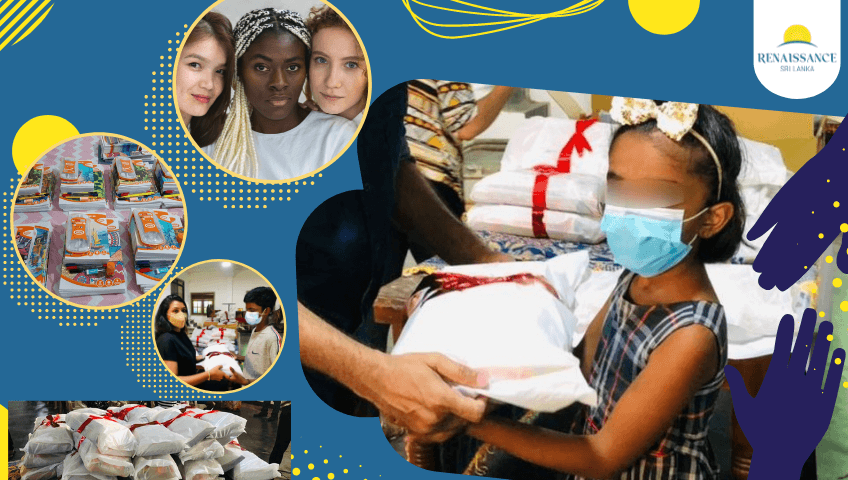