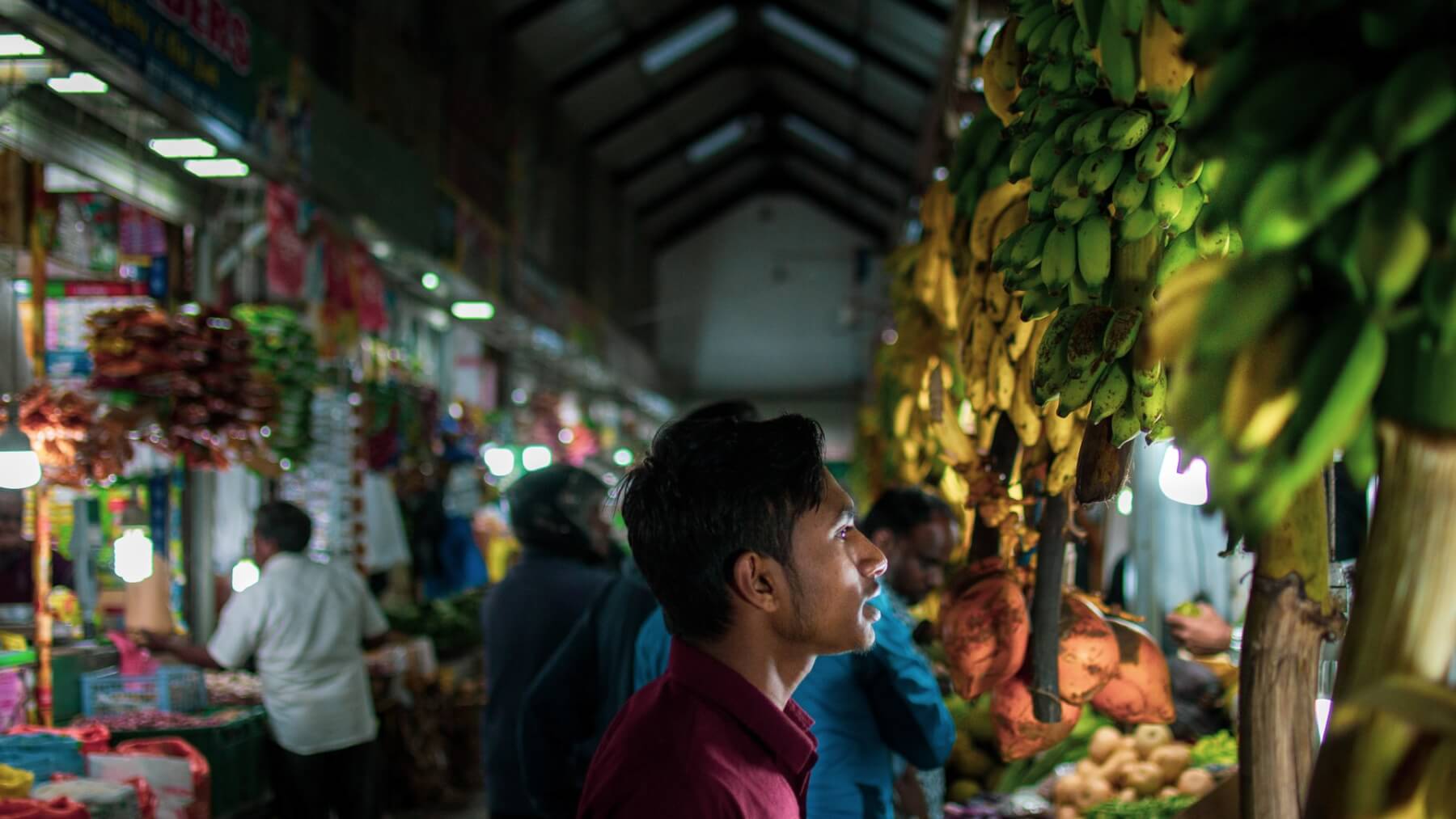 The Microcredit Crisis in Sri Lanka

I met her at the site of the protest fast of the victims of the microcredit traps held in Hingurakgoda in Polonnaruwa district. By then, it was eight days for the protest fast, demanding abolition of microfinance loans. A woman in a nearby village committed suicide because she had failed to pay back her loans. Ironically, she committed suicide the next day after International Women’s Day. A total of around 200 persons have committed suicide due to this reason. The experiences of the women who are caught in the debt trap tell us that the microfinance concept of Nobel laureate Mohammed Yunus has vastly deviated now from its original aims. The woman, who was around 70 years old, said that she was producing pillows to make a living. She obtained a loan from a microcredit company to improve her business, but it unfortunately collapsed due to the increase in the price of local cotton. Thus, she failed to pay back, and now this woman who is eligible for a peaceful retirement has to play hide and seek with the credit officers who come after her to recover the loans. Eventually, she came forward to fight back for the sake of the rest of her life.

When we consider that 2.8 million people are caught in the microcredit trap, it is clear that the crisis is far beyond irresponsible borrowing. Instead, it appears as a structural problem of rural poverty in Sri Lanka. The rural small agricultural producers and farmers are a sector that receives minimal benefits from this system. Big businesses, traders and middlemen gain the maximum benefits of the value chains of Sri Lanka’s production process. Therefore, most agricultural small producers have to engage in other livelihoods during the breaks between crop seasons. However, they lack capital investment. The majority of this community, who have no permanent income, cannot obtain loans from major public and private banks and financial companies because they cannot fulfil the terms and conditions. This structural problem has led to creating a hunting ground for financial hounds who are after instant profits.

The crisis has worsened to the level of destroying human lives. Don’t we have a solution for this? As a temporary measure, we can propose writing off the loans, but it is not a complete solution. The actual solutions must address the structural issues that have led to the decay of rural agricultural production and poverty. The ‘National Conference Against the Microcredit Disaster’ that Promotes ‘Life instead of Death’ jointly organized by the ‘Collective of Women victimized by Microcredit’ and civil organizations, proposed several long-term solutions.

Decline of the rural economy is a significant reason behind the indebtedness of rural communities. Microfinance is a substantial component of rural debt. This is an outcome of the economic policies that have been practiced during the past 40 years. Therefore, macro-economic policies that would improve the rural economy and serve to protect the rights of rural communities and uplift their livelihoods, should be implemented.

Livelihoods of rural communities (of women in particular) should be developed by increasing investments in sectors such as small-scale agriculture, fisheries, cottage industries which are the foundation of the rural economy. Such policies will be instrumental in eliminating rural poverty and women’s indebtedness in the long run.

A well planned rural economic revival programme based on the collective and community economic activities should be designed instead of providing loans to individuals.

Ownership of natural resources such as land, seeds, water, coastline and forests which are essential to ensure market access and livelihood safety of women should be protected.

Fundamental Rights of people such as health care, education, social security and other economic, social and cultural rights should be enshrined in the Constitution as fundamental rights and state investments on them should be increased.

Social protection programmes such as Samurdhi and rural development programmes such as Grama Shakthi which should cater to fulfilling the basic needs of the poorest people in the community must be implemented without political interferences. Proper study on the feasibility of these programmes to eliminate poverty and continuous follow-up should be carried out to upgrade the programmes appropriately. (https://monlar.lk/images/microelec/english.pdf)

This set of proposals aims to uplift the rural economy and create a macro sustainable development framework that safeguards the relationship between the man, community, and environment while empowering women. It is entirely different from the neoliberal economic process the state and private sectors follow. Even a government that has identified the importance of such a set of proposals has limited opportunity to turn towards an economic policy that prioritizes social welfare because of the financial crisis the government faces. Therefore, another way for us to address this problem is to focus on an alternate economic process beyond the economic mainstream. Fairtrade is one such alternative that we can propose.

Fairtrade is a global movement that aims to create an alternate economy by restructuring trade, so all partners in the process are benefitted. Cooperatives of the producers and consumers in the 18th century was the foundation of fairtrade. The international movement of cooperatives promoted fair trade. During World War II, fair trade developed as a trade process between the sensible communities in the global north and alternative trade organizations of the affected farmers, small producers and artisans in the global south. These activities led to the interpretations of basic principles of fair trade, ethics and democratic ways of social change.

The Fairtrade movement is active in many countries in the world. By the end of 2018, 1.7 million farmers and small producers in 1707 fair trade groups were functional in 73 nations, including India, Mexico, Egypt, Sri Lanka, Argentina, China, Palestine, Brazil, Cuba, Peru, Vietnam and Laos. As Fairtrade Brand International points out, fair trade recorded 22% growth in 2008, the year the worst economic crisis hit the world after 1930. Fairtrade has grabbed world attention now.

The groups that promote fair trade share the below-mentioned goals

1. To improve the livelihoods and well-being of producers by improving market access, strengthening producer organizations, paying a better price and providing continuity in the trading relationship.

2. To promote development opportunities for disadvantaged producers, especially women and indigenous people, and to protect children from exploitation in the production process.

3. To raise awareness among consumers of the negative effects on producers of international trade so that they exercise their purchasing power positively.

4. To set an example of partnership in trade through dialogue, transparency and respect.

5. To campaign for changes in the rules and practice of conventional international trade.

In Fair Trade operation, providing a minimum price, providing a social premium, building direct relationship with producers and establishing transparent and long term partnerships with them are considered as a main principals.

• Focus on development and technical assistance via the payment to suppliers of an agreed social premium (often 10 per cent or more of the cost price of goods).The social premium paid to smallholder producers and farm workers on top of the Fair Trade price for their goods allows them collectively to implement larger development projects, such as building schools or sinking new wells.

• Direct purchasing from producers. Fair Trade aims to lessen the influence of brokers, consolidators and other agents in global supply chains and thereby to increase efficiency, reducing the number of margins within a value chain. This ensures more of the final price of the goods can return to the producer.

• Transparent and long-term trading partnerships. For many small producers consistency of income is vital for survival. Fair Trade ensures that importers sign long-term contracts so that producers do not suffer from the effects of buyers’ short-term bias. This allows them to plan ahead and invest in new technology or planting that should ultimately increase their income and help them to develop their businesses.

• Co-operative, not competitive, dealings. Fair Trade fosters buyer-producer relationships built on mutual respect. This can ultimately be a more efficient way of delivering value to the consumer as it leads to a higher quality product and consistency of supply. It also provides an important element in the ethical positioning of Fair Trade products that has helped to drive their extraordinary sales growth.

• Provision of credit when requested. As importers generally have much easier access to credit than do developing country producers, importers are required to pre-finance up to 60 per cent of the total purchase of seasonal crops. This enables farmers to receive an advance for their crop even before it is exported, which will smooth their income streams.

• Provision of market information to producers. Fair Trade transactions acknowledge the market price of the goods in question and keep producers informed about market movements. As Fair Trade producers still typically sell the bulk of their produce to non-Fair Trade buyers, this is especially useful in their wider negotiations.

• Farmers and workers are organized democratically. Small-scale farmers must belong to a co-operative that is democratically organized and which practices one-farmer, one-vote systems. On Fair Trade estates and plantations, farm workers form democratically controlled groups that manage the disbursement of the Fair Trade social premia.

• Sustainable production is practiced. All farms and co-operatives must have resource management plans in place. Certain pesticides are prohibited on all farms. Many farms use Fair Trade premia to invest in organic certification, which demands a higher Fair Trade floor price.

• No labour abuses occurred during the production process. In all cases, child and slave labour abuses are prohibited and workers must be allowed to unionize.

A solution for the Microcredit Crisis in Sri Lanka?

When we focus our attention back on the microcredit crisis of Sri Lanka, the proposals for a long-term solution set forth by the National Conference Against the Microcredit Disaster seem to address the problem directly. The recommendations imagine a robust alternative model via fair trade that includes uplifting rural economy, safeguarding small manufacturers, establishing women’s cooperatives, community entrepreneurship and ensuring global public services as fundamental rights. It is an alternative economic process that moves beyond temporary measures such as writing off loans or providing moratoriums. The proposals directly address the structural issues of the microcredit crisis.

Read about Kumbuk for Business, that facilitates business expansion in Sri Lanka.