Donate for the Fishing Families

HomeWaterDonate for the Fishing Families 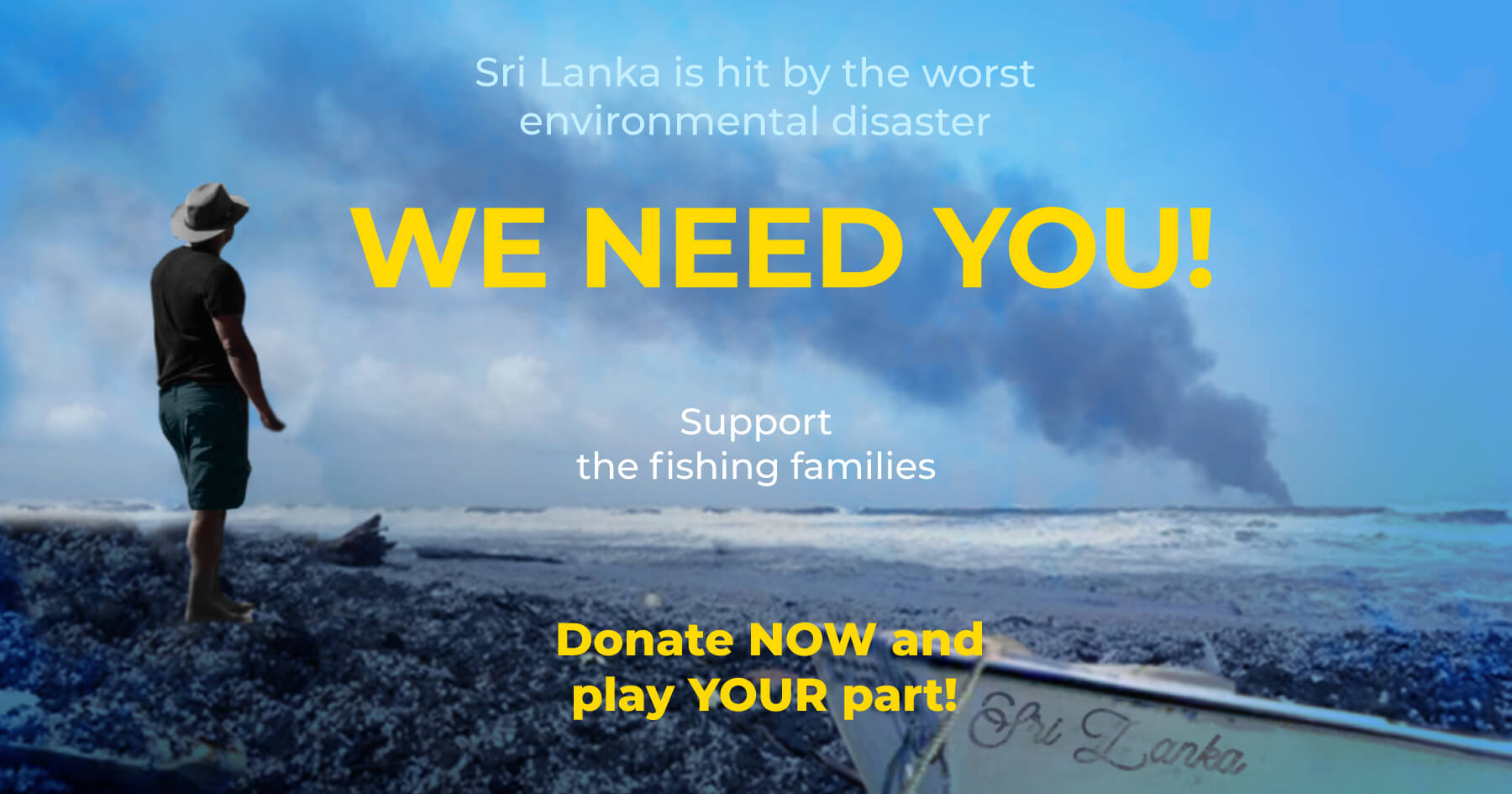 Donate for the Fishing Families

Renaissance Sri Lanka will convert your donations into first needs bags containing foods and other everyday items and distribute them to the families hit by this disaster.

10 € will support a family for one week.

Donate NOW and play Your part!

"The ship has dealt a death blow to our lives" Joshua Anthony, head of a region fishing union, told Reuters. "We can't go into the sea which means we can't make a living."

The X-Press Pearl is a Singapore-registered container ship that was carrying chemicals and plastic pellets. It had been burning off the west coast of Sri Lanka since 20th May 2021. It finally sank on 2nd June 2021.

The incident is seen as the worst marine ecological disaster in Sri Lanka history.

It is feared the chemical spill composed in part, of nitric acid, has already caused severe damage to Sri Lanka’s coastline. The once pristine beaches are now thickly coated in microplastics and an oil slick is visible in the surrounding ocean. Charitha Pattiaratchi, a professor of oceanography at the University of Western Australia, wrote on his Facebook page:

"MV X-Press Pearl incident off the west coast of Sri Lanka will have extreme environmental impact. Among many dangerous goods the ship was transporting were 78 metric tons of plastic pellets called nurdles the raw material that is used for making plastic bags. These have been released to ocean and are found on beaches to the south of Colombo - as time goes they will keep moving southwards as our model predictions show. They will also go into river systems such as Kelani, lagoons (Negombo) and also into Port city. They are transported by the wind and currents - will remain at the surface until beached and will persist in the marine environment for ever as they are not biodegradable."

Slight acid rains are also expected due to the nitrogen dioxide emitted from the burning ship. Thousands of navy personnel in protective gear have been deployed on a cleanup operation to remove the thick layer of plastic pollution and chemical waste that has begun coating the shores.

A massive oil spill is feared and the Marine Environment Protection Authority (MEPA) has formulated a strategic contingency plan.

Consequently, Sri Lanka has temporarily banned fishing along a 50-mile stretch of its coast, hitting 5600 one-day boats of coastal fisheries, and the thousands of families dependent on fishing for their living. The fishing community alone is not affected, but 28 other industries as well, such as fish vendors and all the little businesses that thrived with the local tourism in the beach areas.

“The ban will continue until officials such as Marine Environmental Protection Authority and National Aquatic Resources Research and Development Agency gives us the clearance for fishing again,” State Minister for fisheries Kanchana Wijesekara said.

Example of a standard kit that will be distributed to a family of four to 6 members, to support it for one week: 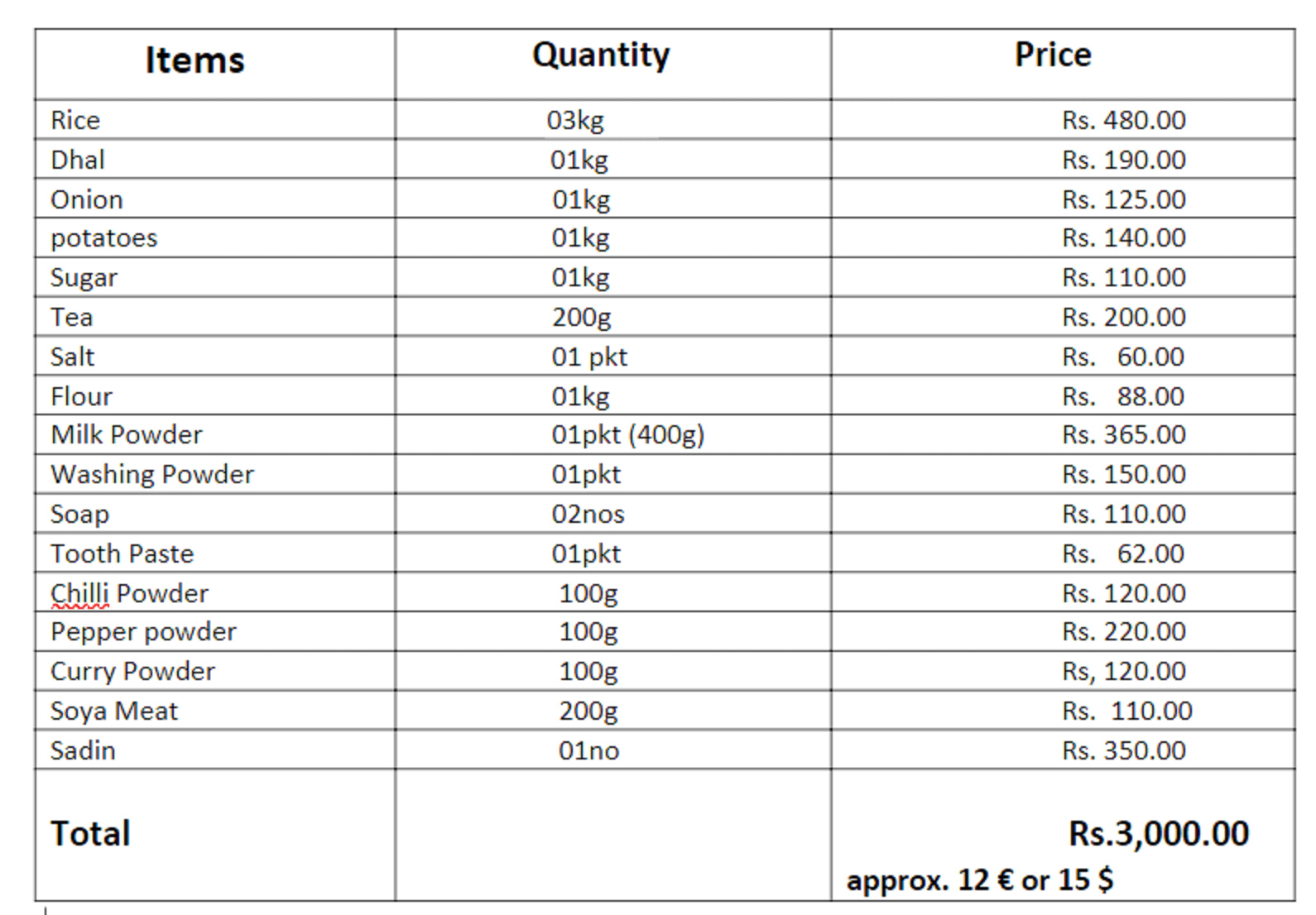 Keep in touch with what we are up to
© 2020 Renaissance Sri Lanka, 78100, France. Alimenté par Accularity